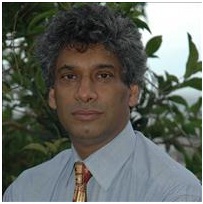 Professor Basil Joseph Pillay is the HOD of the Department of Behavioural Medicine and Chief Clinical Psychologist for the Hospital Services in KwaZulu-Natal. He represents his discipline on national and international bodies and serves on several scientific committees. He serves on the Executive Committee of the ICP 2012 Congress (which is organised by the National Research Foundation and the Psychological Society of South Africa under the auspices of the International Union of Psychological Science – IUPsyS) as the Scientific Committee vice Chair and he chairs the Psychopharmacology Sub-committee.

He is a Past President of the Psychological Society of South Africa (PsySSA) having served his term of presidency during the years 2006 – 2009. He is currently Executive Member and Chair of the Examinations Committee of Professional Board for Psychology, Health Professions Council of South Africa (HPCSA).

His interests include: Stress and trauma, Neuropsychology and Forensic Psychology. He currently has several PhD students researching in these areas.

© University of KwaZulu-Natal: All Rights Reserved